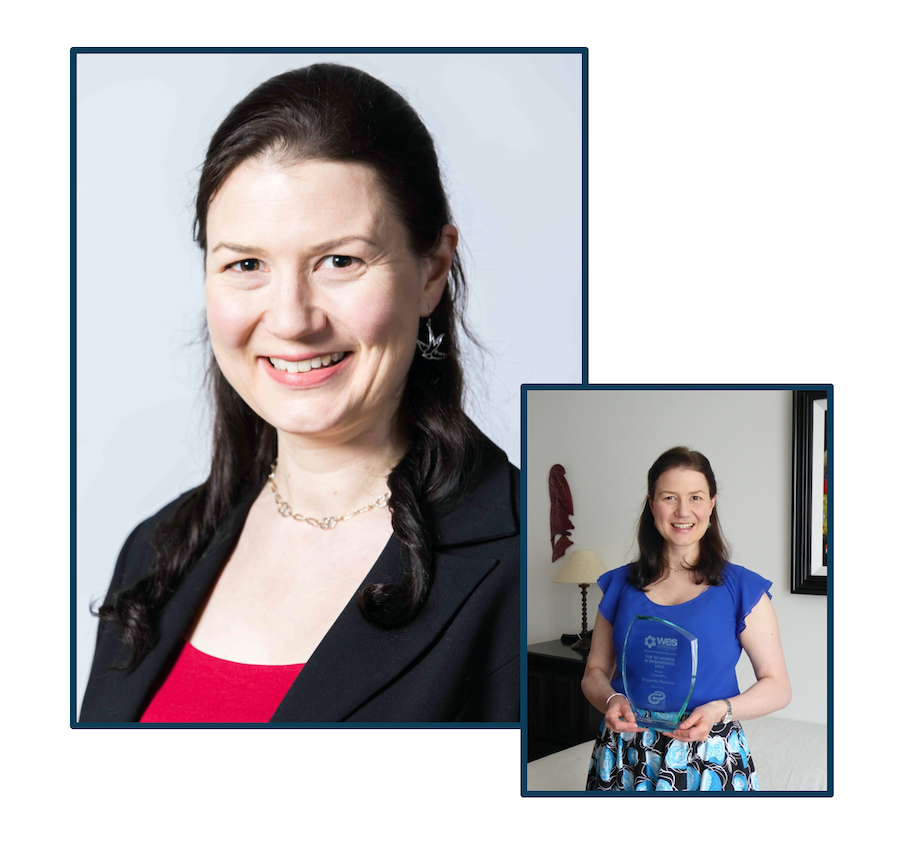 On International Day of Women and Girls in Science, we speak to project partner, Dr Camilla Thomson, Chancellor’s Fellow in Energy at the Institute for Energy Systems,  University of Edinburgh’s School of Engineering, about her role in NEWEST-CCUS, her Top 50 Women in Engineering award last year, and how the STEM sectors can encourage more girls and women to follow their ambitions.

What is your specialist area of research and why?

My research focuses on sustainable energy innovations that will help us address the climate emergency. What I’m really interested in is how the whole energy system can work together to reach net zero carbon as quickly, cost-effectively and sustainably as possible. I’m a “critical friend”, assessing renewable energy and other transformations to the energy system in terms of their environmental impact, particularly carbon. The focus of my doctorate, for example, was whether wind farms really are reducing carbon emissions when we account for the impacts of construction and how well they displace fossil-fuelled generation.

I studied both electrical and mechanical engineering at Edinburgh, and then worked in the electrical design of big construction projects, such as schools. I became interested in the question about the effectiveness of renewables at reducing carbon, so I returned to my alma mater to research it at the Institute for Energy Systems (IES). Power generation is a subject that sits at the interface of mechanical and electrical engineering, although I’ve had to learn a lot more about the environmental aspects.

When did you know that engineering was the career path for you? Any mentors who supported you along the way?

I decided to study engineering by process of elimination. I enjoyed maths and physics at school, but also creative design. I’d heard that inventors were engineers, and I thought: that sounds interesting. I was told by teachers and other pupils that engineering was for men but my parents were really supportive so I ignored them. In particular, my dad, who is a retired management consultant, pointed out that a degree in engineering could open the door to a range of different career options. I didn’t really know I wanted to be an engineer until I was studying it and began understanding more about climate change. Then I started to realise that engineers could make a difference.

I’ve collected many mentors along the way. I meet people who inspire me and try to hold onto them! Professor Robin Wallace, my undergraduate tutor, and Professor Gareth Harrison, my PhD supervisor, were both hugely supportive when I came back to academia from working in industry – both people who have gone far in their own careers.

You also need mentors who can help you navigate the challenges of academia and Dr Hannah Chalmers is quite a champion for women in the School. When I was trying to transition from being a postdoctoral researcher to an academic a few years ago, she was the only female academic (i.e. lecturer or professor) in IES – the biggest research institute in the one of the university’s biggest schools. There are now two of us.

What research are you conducting as part of NEWEST CCUS and how will it support the waste-to-energy sector’s net zero ambitions?

The NEWEST CCUS project is looking at the opportunities for carbon capture, utilisation and storage (CCUS) technologies, both newbuild and retrofitted, for Europe’s waste-to-energy (WtE) sector. As some of the input waste is biogenic in origin – that is, food, plant or animal waste – the carbon stored within it is actually atmospheric carbon. If this carbon is captured and stored then there’s the potential for WtE with CCUS to actually be carbon negative – indirectly removing CO2 from the atmosphere.

I’m leading Work Package 5, which is comparing the different technologies being developed in NEWEST-CCUS, and assessing the potential market and environmental impact. This brings together process modelling with work to characterise the waste feedstock and the existing/potential WtE plants, as well as Life Cycle Assessment (LCA) of the whole process. At the end of our studies we hope to be able to say “With CCUS technologies, the WtE sector in Europe has the potential to remove X tonnes of CO2 from the atmosphere every year”.

We’re working with project partners at SINTEF in Norway, the University of Stuttgart in Germany and TNO in the Netherlands. Our team at the University of Edinburgh is almost entirely women, including Hannah, post-doc Laura Herraiz Palomino, and PhD student Dan Su, who has joined us from China.

You were named as one of 50 Top Women in Engineering last year in the WE50 awards. How did you feel about that?

At first, I had a bad case of “imposter syndrome” because there are so many other women in engineering doing amazing work. But obviously I was very pleased too. Covid has meant that the networking aspect of the awards was missing, which is a great pity. I was sent my award in the post! The WE50 award, which has different themes each year, is a great initiative but we need to raise its profile as it’s not as well-known as it should be.

You are an active supporter of women in STEM. Tell us about your recent initiative

I recently founded the Molly Fergusson Initiative in the School of Engineering to promote the visibility and community of people who identify as women. Our inspiration is Molly Fergusson (1914-1997), the first woman to graduate with honours from the engineering department and the first female Fellow of the Institution of Civil Engineers.

The impetus for the initiative came from our Head of School, Professor Conchúr Ó Brádaigh, who was very keen to create a better sense of community at the School for women at all levels, from undergraduates to academics and other staff. It was something I wanted to support so I volunteered to help. I think being a woman in engineering can be a superpower: being in the minority makes you stand out a bit more and making the effort to find and connect with other women can help to build a broad network, which is very useful in such a big school. I hope the initiative will help with that.

We’ve not yet formally launched and Covid is delaying things too, but we’ve made a good start. The next step is to develop our web pages to provide good resources for women in STEM and organise and promote events. We’ll also establish an annual lecture to commemorate Elizabeth Georgeson, who was the first woman to graduate with a BSc in engineering from Edinburgh in 1919 (likely the first in Scotland too).

The underrepresentation of women in engineering affects everyone, as we’re missing out on a lot of potential talent and other perspectives, so we’re very keen to involve male colleagues too. We hope to make sure everyone is involved in making engineering at Edinburgh a more attractive place to study and work for women, or people of any gender.

According to the UN, only 8% of university students enrolling in engineering, manufacturing and construction are women. How can we encourage more women into this sector?

I think a big part of this comes down to visibility. If you see women on the television or in the news doing so-called “men’s jobs” then that dispels the myth that women can’t follow these careers and excel in them. I also find the lazy stereotypical image of an engineer wearing a hard hat really annoying! Part of the problem is that people don’t really know what an engineer does. There are so many different roles in engineering, very few of which involve hard hats, and we need to raise their profile.

It’s also important to build a support network, where women can go to get help and advice and just raise any issues and challenges – in academia and other workplaces. We need to be the cheerleaders for women and girls in STEM and make it easier for people to get support.

If you could speak to your younger self, any advice you’d give her?

Given my career path, I’d tell her to start working on climate-related issues much earlier. I heard about global warming in the 1980s at primary school but it didn’t really resonate until much later. For a long time, I couldn’t see how I could make a difference. I do, however, think the solution to climate change is not just an engineering one. We now have a lot of good engineering solutions, but they’re not effective enough without behavioural change, and that’s a social and political issue.

It’s easy to get frustrated by that; I have had to learn to focus my efforts on the area that best suits my skills, which is engineering and environmental analysis. Fortunately, there’s still plenty of scope for more engineering solutions. It’s also really heartening to see movements like the School Strike for Climate have such an impact, and so many organisations, regions and countries have now made real, measurable commitments to reaching Net Zero. 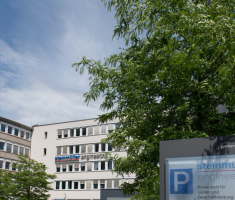 16/12/2020
Science and industry partnerships within the NEWEST-CCUS project are expected to bring benefits to each sector, as a link between the University of Stuttgart and a Germany-based engineering company...
Read more about Steinmüller support for University of Stuttgart’s carbon capture research
View All News