Blog: Unlocking the power of CO2 capture solvents for Waste-to-Energy 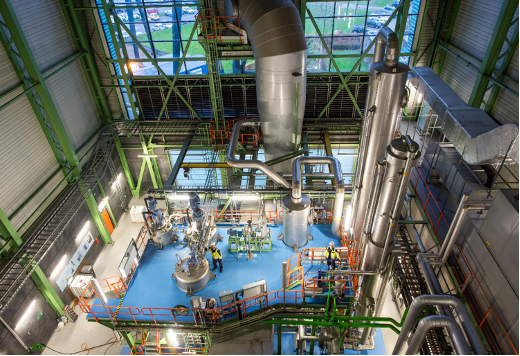 Carbon capture from industrial flue gases using a solvent-based process is a mature technology that has already been commercially deployed in the Waste-to-Energy (WtE) sector. It can contribute to a significant reduction of CO2 emissions and, given that 50-60% of the feedstock (municipal waste) is biogenic – non-fossil derived – capturing and utilising or storing the CO2 generated from its combustion could lead to net negative CO2 emissions [1,2].

However, while the deployment of carbon capture has been extensively explored in the power sector, there is limited experience in some other hard-to-abate industries, including WtE.

The combustion of different feedstocks, such as natural gas and coal, leads to a variation in flue gas composition. These fossil fuels have been researched widely and the impact of the different flue gas components on CO2 capture solvents is well understood. WtE flue gases represent a new type for CO2 capture and this brings many new challenges and unknowns.

As the feedstock used in WtE incinerators varies widely, there is little control in managing composition. The impurities present in the flue gas can vary within a WtE plant and the impact on the CO2 solvent quality still needs to be further understood. For example, the presence of contaminants could lead to different solvent degradation pathways or emissions in the depleted flue gas to those understood from studies with conventional fuels.

It is therefore imperative to demonstrate CO2 capture at WtE facilities with multiple solvents, to de-risk the CO2 capture technology for this sector and enable its widespread deployment.

The NEWEST-CCUS project has been established with the explicit aims of increasing understanding of the unique requirements for carbon capture in the WtE sector and accelerating its uptake by operators.

Typical solvents used in post-combustion CO2 capture are aqueous amine solutions and proprietary solvent systems have been developed by several vendors to establish a new benchmark for CO2 capture from plants with low energy requirements and reduced degradation [3].

As part of NEWEST-CCUS, the proprietary solvent APBS-CDRMax®, developed by Carbon Clean, will be tested for two months at Twence, a WtE company in The Netherlands, with the support of TNO.

The testing will focus on validating the energy requirements and investigating the operational performance of the solvent. It will also evaluate interactions between the solvent and components of the flue gas, which can lead to solvent decomposition and the formation of degradation products.

The post-combustion CO2 capture plant at Twence’s facility in Hengelo has been active since 2014 and, in collaboration with TNO, the CO2 production capacity has increased from five to 12 tonnes of CO2 per day.

The CO2 is used in two different applications: bicarbonate production for SOx removal in Twence’s flue gas; and liquified CO2 to be used in greenhouses in the east of The Netherlands for horticultural and agricultural applications.

Carbon Clean’s solvent APBS-CDRMax® has previously been tested at TNO’s CO2 capture pilot plant retrofitted to an E.ON coal-fired power plant in Maasvlakte in The Netherlands (TRL 8) [4] as well as at Technology Centre Mongstad (TCM) in Norway (TRL 8) with various flue gas compositions [5].

However, the extent of the impact of a flue gas on its degradation has not yet been assessed for a WtE application, in which a broad range of contaminants has to be considered.

The quantity and particle size distribution in the flue gas will be measured by TNO using an Electrical Low Pressure Impactor (ELPI) in order to provide insights regarding potential aerosol emissions.

The testing will consist of two campaigns – one short campaign for parametric optimisation and a longer campaign, in which the interaction between the solvent and the flue gas impurities will be evaluated.

The main objectives are: to demonstrate superior performance characteristics of APBS-CDRMax® relative to MEA; investigate, characterise and manage potential absorber and stripper emissions; and study long-term solvent performance and stability.

The Twence plant is currently operating with MEA and preparing to move to APBS-CDRMax® in April 2022. The results of this demonstration will be presented by TNO at the GHGT-16 conference later this year. 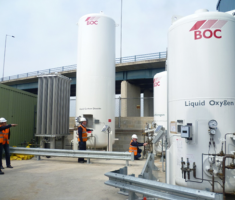 17/04/2020
The first Technology Insight from the NEWEST-CCUS project, published today, takes a look at the state-of-the-art research facilities at the University of Sheffield, which will be used to evaluate...
Read more about Technology Insight 1: Bridging the gap between lab and large-scale pilot trials
View All News

Webinar on CCS on Waste-to-Energy: results and the experiences from Fortum Oslo Varme’s pilot plant